Do you know that people around the world have been the victims of stalking at least once or twice during their lifetime and the consequences they face are much worse than one could imagine?

Stalking is defined as repetitive and persistent behavior or code of conduct aimed to control the life of the victim with underlying suspicious yet unacceptable intent. This explicit series of actions and behavior is irrespective of ethnic, cultural, political, and religious background and socioeconomic status. 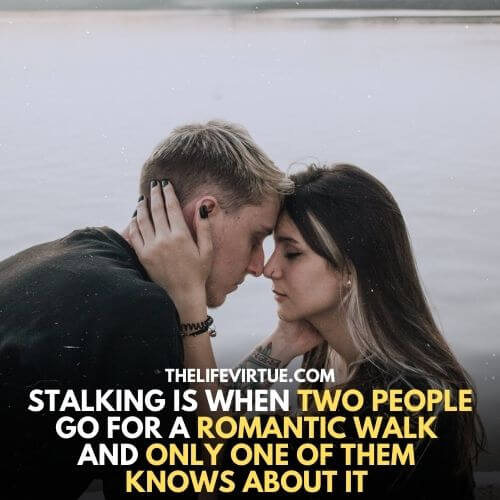 Since there is no such identity or background of stalkers, researchers have come up with various types of classification to know about the types of stalkers:

The first classified category revolves around the type of stalker with underlying or hidden motives. Let’s discuss those motives one by one:

Stalkers with the underlying purpose of revenge must have been rejected in past. To satisfy their ego, they put themselves on a mission to take revenge. Rejected stalking arises from an unfinished or finished past relationship which can be with any family member, friend, spouse or any other person familiar with the stalker becomes the targeted victim.

Initially, the purpose behind this type of stalking is to reconcile the past relationship. Moreover, another reason could be blackmailing for monetary or sexual desires.

Resentful stalking emerges when the stalker feels like he/she has been humiliated or mistreated by the other person. They believe that they have been a victim of some sort of injustice. This type of behavior has been seen mostly at workplaces where victims are subordinates and colleagues.

At first, resentful stalkers want to take revenge for that mistreatment but their main purpose is to establish that sense of being a boss who can do whatever he/she wants by sending dictations to his/her employees.

Most stalkers are obsessed which means that they are obsessed with what the other person does or have done in past. Repeated actions and thinking patterns about the person being victimized make them a mere stalker. This obsession can be dangerous when the stalker completely detaches himself/herself from the outside world.

Obsessed stalking has been seen usually between two partners before the relationship ends. The frequent stalking starts after breakup from males towards their female counterparts.

Jealous stalkers are those who want to control the life of the victim. These types of stalkers usually end up forming a negative opinion about their partners. They usually show no excitement and happiness over their partners’ success and achievement.

These types of stalkers are incapable and non-competent as compared to their better half. Their main aim is to make their partners feel low and less successful because of their incompetency. They suffer from an inferiority complex and that too is directed towards their partner in a relationship.

Out of the five personality traits, Stalkers have been identified with a narcissistic attitude. That attitude comprises of inability to cope with rejections and failures, embarrassments, shame, or loss. These types of stalkers often do not empathize and end up bombarding the victim’s personal space. 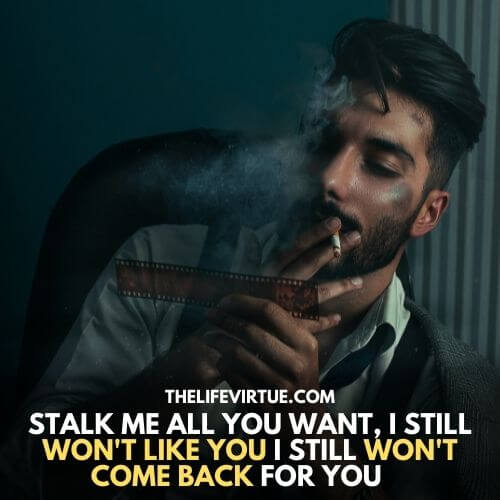 Stalkers in Relationship to Victim

Another category classified to identify the types of stalkers revolves around people having relationships with the victim. Let’s discuss this one by one:

Intimate stalking means that the stalker and the victim have been in a former relationship with each other. That relationship could be of husband and wife or boyfriend and a girlfriend involving sexual intimate relationship. With the intent to restore that finished former relationship, stalkers try to reach out to their victimized partner but get nothing other than mere disappointment.

Physical abuse and domestic violence are the two common actions seen in the case of intimate stalking by stalkers end.

Most of the time, non-Intimate stalkers stalk with the intent of knowing the victim to develop a relationship with them.

Here, the stalker and the victim have a very informal sort of relationship with each other. Your co-worker at the workplace, your neighbor, or your colleague can be an acquaintance stalker. These types of stalkers try to blackmail you for their benefits such as money, property, or lust.

Someone with whom you have met hardly once or twice are known as private stranger stalkers. This one instance could trigger their feelings of love and obsession for the victim they met. 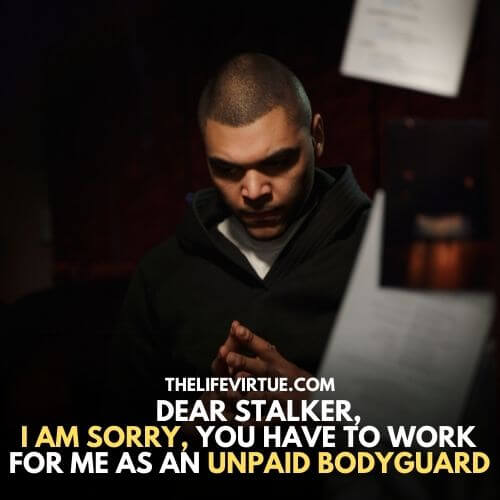 Among various types of classification describing types of stalkers, Cyber stalkers have caught the attention of many people. Let’s discuss them one by one:

The anonymous relationship between a fan and a celebrity where a celebrity becomes a victim of a cyber stalker. Celebrity stalkers fantasize about their fan-celebrity relationship and want celebrities such as singers, actors, or filmmakers to behave the way they want.

This type of stalking reaches dangerous levels when a fan tries to demean or devalue the work of their favorite celebrity when their desires are not met. Celebrity stalkers pose a major threat to the social image of any celebrity in society.

Another category classifies to know in-depth about the types of stalkers include stalkers with psychological disorders. Let’s discuss those disorders one by one:

Growing up in an environment where the stalker has seen violence, physical abuse, and oppression is one of the major contributors to a behavior called stalking. With time, they become what they have seen and end up traumatizing the people they come across.

Intellectual differences also contribute to one of the major reasons for stalking. The relationship between the stalker and the victim might be of a senior and a junior or between two classmates or between two friends.

These intellectual differences emerge from inferiority complex and end up at bullying and jealousy.

Depression, anxiety, and infrequent sleeping patterns also have a major impact that leads to the psychological development of stalkers’ mindset. These issues have a hazardous impact on the life of the victim as well as the stalker. 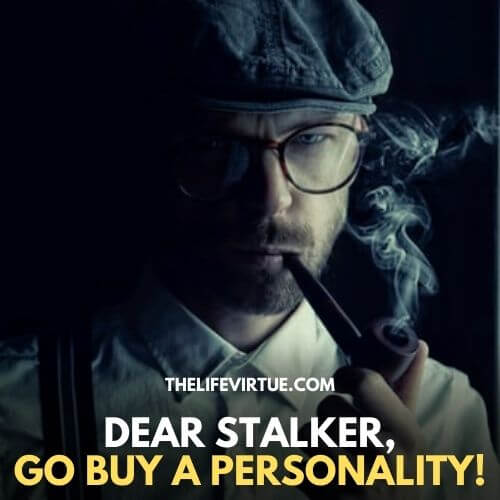 Repeated actions and series of unwanted events associated to produce fear in the victim is known as stalking. Let’s take some of the examples that fulfill the criterion of stalking or harassment.

Here, stalkers usually try to follow the victim who leaves his/her home for work and other miscellaneous house chores. They do so by stopping them on the way and giving them threatful warnings.

Barging into victims’ places and destroying their personal property also comes under the umbrella of stalking.

After the closure of the relationship, stalkers find a way to keep themselves connected with their ex-partners through gifts and cards.

4. Visiting the victim at work:

Stalkers of this type can go to any extent when it comes to threatening or inducing fear in the victim. The major purpose behind this heinous act is money or sexual relationship.

The victim usually has to face this type of stalking when the stalker constantly gives annoying phone calls, texts, e-mail, or handwritten notes to blackmail.

Threatening the victim to deteriorate and harm their social image in society can also be exemplified as stalking.

In order to seek attention and emotional support, stalkers usually try to lure the victim into their trap. They abuse, make false promises, and try to indulge you in a situation for mere sympathy. They will mold your words during a conversation to get onto their main agenda. They will play with your insecurities and threaten you to make an accusation that deteriorates your image in society. 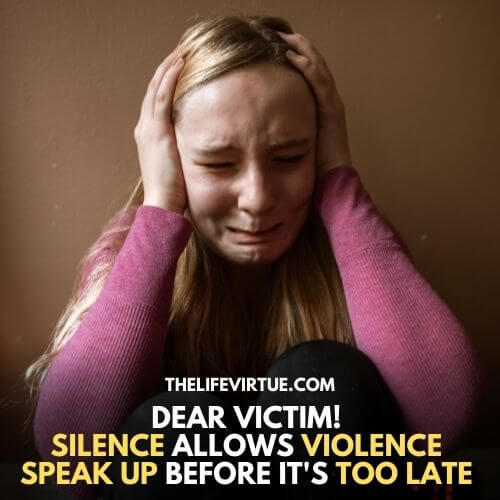 Actions That Qualify as Stalking

Moving on, let’s determine the actions that qualify as stalking

Who Stalks More; Women or Men?

An exploratory study conducted among college students reveals that women and men differ in their perceptions of stalking. Female stalkers show a single reason and motivation with their victim behind stalking i.e.to rebuild intimacy and sexual relationship. Whereas, men show a couple of reasons and broader motivations behind this psychological illness. Hence, we can say that female and make stalkers’ intentions vary according to their underlying purpose and choice of the victim.

Irrespective of cultural, ethnic, religious, political, and socio-economic status, stalkers can be in any shape and any form. Their hidden motives tell whether they meet the criterion of stalker or not.

More commonly, we have seen that major stalking results from a breakup or divorce between a girlfriend and a boyfriend or husband and a wife respectively. Stalking is regarded as a crime and laws have been introduced to take serious actions against stalkers who try to make the life of the victim hell.