“Why don’t you follow my way? My way is faster.”

“You didn’t tell me you had plans with friends this weekend.”

If you are listening to phrases like these from any of your friends, neighbors, co-workers, spouse, or parents. It means you are in a controlling relationship. It gets toxic around such people. It gets all your energy drained in try to deal with controlling people. By the end of this article, you will successfully recognize controlling behaviors and how to cope with them. 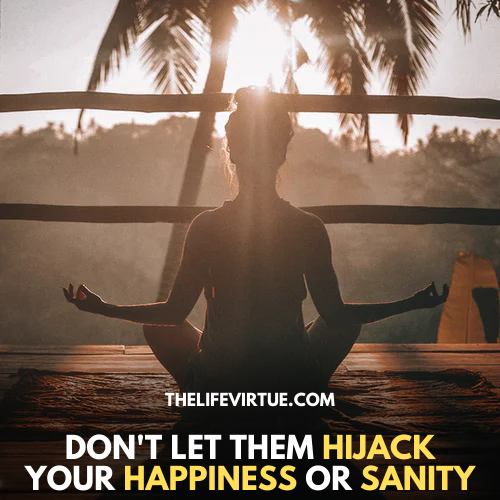 “Don’t let them hijack your happiness — or sanity”

What Does It Mean To Be Controlling?

A person may try to control others through manipulation, coercion, or threats, and intimidation. The controlling person may want to control people close to them. Such as their partner or family members. It’s because they may want to gain power. And they need control over large groups of people.

But at some point, wanting to control other people’s lives can cross the line into abusiveness. 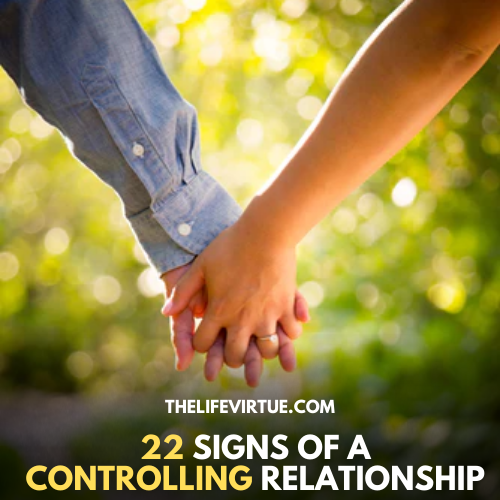 Controlling people control you and feed it in your mind that it is your fault always. For example, if they get late for the office because they woke up late. They will lame you that it was your fault and they could not reach on time

2. They criticize you all the time

Criticism and narcissism go side by side. They criticize you to make you feel belittled. This sense of dominance over their partner satisfies their ego.

3. They don’t want you to meet your loved ones

Once you are in control of controlling people, they want to take hold of you. They feel insecure when you meet your loved one.

They keep score of you to control every single happening in your life.

They gaslight to manipulate you by psychological means so you start questioning your own sanity.

Narcissists are so dramatic _ as their personality. They create drama in every situation to get their inner self satisfied.

Narcissists use every tactic to be the axis of their life. If they show they care they do limitless. But if they feel it’s not working, they intimidate you.

There are countless moods of a person who tries to control everything_so are narcissists. There is so much going on in their mind that they become fresh at a moment and angry at the other. And so on_

Narcissists want you to be their subordinate. They have a nature of just giving an order, so they do not listen “no” to their order.

Narcissists don’t like anyone who is around you either they are your relatives or your family. They get jealous if anyone comes closer to you.

As they get control of you they want you to be as they like. They may ask you to change clothes choices to eating choices and so on.

12.They may show abusive behavior

Narcissists shame, bully, belittle, threaten and criticize. Most of the time this abuse escalates in frequency. They use abuse to intimidate others. So to prove themselves as dominant or superior.

13. They insist on Having Things Their Way

They want everything in their life and in your life to be as exact as they want it to be. They don’t like anyone interfering in their choices and reasons.

14.They refuse to Accept Blame

They do not take responsibility for any wrong-doings. They put blame on others instead of accepting them.

15. They need to be the Center of Attention

They want to be the center of attention to everyone especially their partners. They do not like to submissive. they open up and want all the attention of the people around them.

When they see things are messing up and they have no way out_they lie.

17. They want to be in charge of finances

Finance is the major thing in their life. They know that they can make others dependent on them because of finance. So, the first thing they make sure of is to take charge of the finances.

18. They dictate where you can go

They control you like a remote control. They dictate you where to go and where not to go.

They make constant check-ins to have a check and balance on you and on your activities.

20. They give more gifts but fewer promises

They give you presents to have an influence on you. But they never meet their promises because gifts can be bought with money whereas to meet their words they have to compromise their EGO.

21. They are concerned about your physical appearance

They make sure to check how you look, what you wear, and what you intend to do. They want everything in their own way

22. They control your views

They control your views and perspective about everything in your life whether it is concerned with them or not.

What Causes Someone To Be A Control Freak? 9 Causes Of Controlling Behavior

Here is how to deal with controlling people by understanding Controlling People: When we talk about any person with unusual behavior like controlling behavior. It is very crucial to understand the reason or causes behind their attitude.

This can give us an insight into how to deal with such people or relationships. Or how we can help them seek professional help to change their behavior. This can aid them in living a normal life like others. This also makes them realize how toxic their presence is towards their close ones.

What might seem on the outside to be the top of an organization or leadership? The controlling person may have the day planned down to the minute. These can be the symptoms of high-functioning anxiety.

“They may use control as a coping mechanism to create safety for their spiraling worries and concerns,” – (Psychotherapist, Christine Scott-Hudson)

The height of achieving something always results in anxiety. Gaining the power of any organization and living it in the wrong way could reveal the symptoms of high-functioning anxiety.

To put it in a nutshell, when a person tries to control you with the help of a coping mechanism for creating safety of their concerns and worries, it shows they carry a controlling personality. Moreover, they also have high-functioning anxiety.

A controlling person may also be suffering from some serious issues like low self-esteem. They might have abandoned as a child. Or they, ay experienced some other sort of lasting trauma which affected their mental health.

“They can’t believe anyone would truly care about them, so they try to control or buy love,” 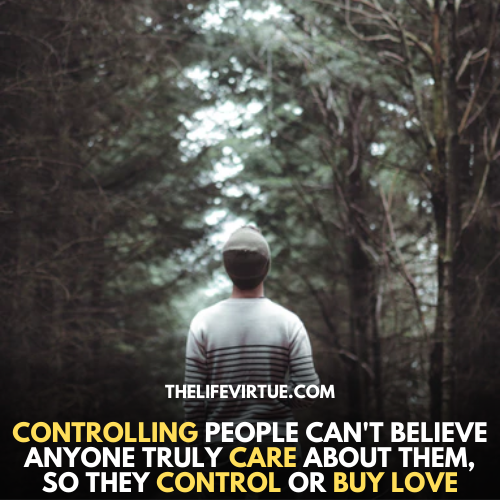 Moreover, controlling people have various severe mental issues like low self-esteem. this can be due to consequences of trauma or abandonment. It is in the unconscious of such people that no one is meant for them. Therefore, they try to control you so that you will never leave them alone.

This is always not poor self-image or past trauma the reasons behind controlling people’s behavior. Sometimes, people who are controlling one aspect of life might be suffering from a lack of control in another aspect. In severe cases, it can be a possibility that the controller might be suffering from some mental disorder like OCD.
OCD is defined as:

“A mental disorder that occurs when a person gets caught in a cycle of obsessions and compulsions.” 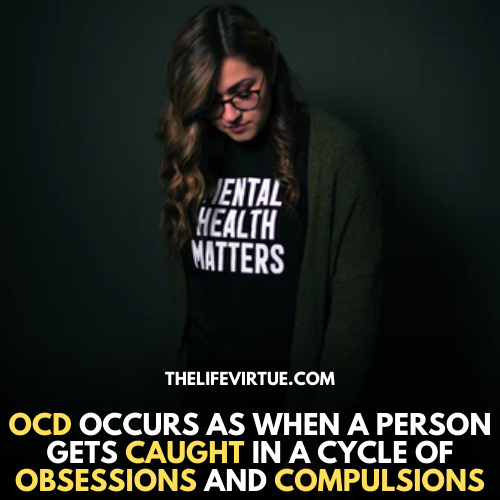 Obsessions are unwanted, intrusive thoughts, images, or urges. Such thoughts trigger intensely distressing feelings in a human being. Whereas compulsions are behaviors that compel an individual to attempt to get rid of the obsessions.

This can decrease his or her distress. For a person’s diagnosis of obsessive-compulsive disorder, this cycle of obsessions and compulsions becomes so extreme that it consumes a lot of time and gets in the way of important activities that the person values.

Some personality disorders can increase the chances of a person having controlling behavior. For example:

Narcissistic personality disorder (NPD): NPD is a mental health condition that causes an intense need for admiration, a sense of superiority, and a lack of empathy.

Borderline personality disorder (BPD): People with this disorder are hypersensitive to rejection and abandonment. So, they may use controlling behaviors to avoid it.

Controlling people often learn abusive relationships from the people in their surroundings. This learned behavior mostly comes from the toxic relationships between their parents. Moreover, they may have grown up in an abusive household. They may have learned from caregivers that it is their right to exert power over their partner.

In any of such cases, the person can change their behaviors and attitudes. But for this change to happen, the person must have induced insight to truly want to change. And take steps to achieve this change.

However, it is important to note that while mental health conditions and past trauma can contribute to controlling behavior. But these issues do not justify or excuse abuse.

Bad experience in the past which led to a significant loss or wound in a person’s life is another reason of why a person wishes to control their spouse’s or children’s life.

This develops their mindset that they will not let anything or anyone else hurt them. It leads them to take control of each and everything in their life. They do this to make sure that nothing can go wrong again.

Some people choose to become controlling for the sake of their pride and ego. They do this to have an upper hand in their relationship. So, that their partner can’t crush their ego.

They want you to fulfill their expectations and adapt their way of living. Rather than them to adjust according to you. They do this because of a bad experience of a controlled relationship in the past. There is also a possibility that they do this just for fun.

How to Deal with Controlling People?

But you should avoid arguments and blame games. Speak with them positively and politely. And if they try to explain something, be a good listener. Let them speak and vent out their insecurities.

If communication works, set boundaries for your relationship. On the other hand, if you are not able to fix it with the help of communication, switch to another plan.

Do not agree on everything
Do not let his/her controlling behavior force you
Try to develop a norm of mutual understanding in which you both are comfortable.

But if your partner is continuously demanding. And setting boundaries is not working. Then it is your time to clearly refuse him and go for another plan.

Instead of listening to you he/she is showing their overprotective concerns towards you. You do not need to debate. Stop yelling at them and take action instead. Do not drain your energy in explaining yourself.

Honestly, it won’t change the controller’s view and mind. You can simply stop and gently quit the conversation before it starts becoming toxic.

If you are suffering from a bad relationship with a controlling person. And it gets abusive or toxic, then having someone at your back is important. That is why you should always surround yourself with supportive people.
If you’re not able to handle it, look for a professional therapist or a counselor and seek help from them.

By reading the article, have you learned how to deal with controlling people? Congratulations, now your next step is to observe any of these characteristics in your partner. And find out if you are in a controlling relationship. Know that there’s a reason behind it. And you can find out what it is.

Although, there are chances that the person will change in the future. But there is a need to take a stand. Try to make it clear that although you love him. But the fact of him/her controlling your life is not acceptable to you. Consult a psychologist or therapist if needed. Because your giving in is encouraging this behavior instead of stopping it! Take care