“How to be an a*shole”? If you are searching this on the internet, signs are that you are not one.

It sounds strange that why someone would want to become an a*shole. But according to a lot of studies, it is proven that being an a*shole can be beneficial for you. Surprising enough?

According to a study by the University of Western Ontario, men who are below average on a scale of niceness and agree-ability, earn 18% more than nicer guys. Similarly, rude women make 5% more than their counterparts.

Unfair enough? Well, it’s just the tip of the iceberg. All unethical people are a*sholes, but not all a*sholes are unethical. CONFUSING!

Let’s drive through the kingdom of “a*shole-dom” to have a better look. 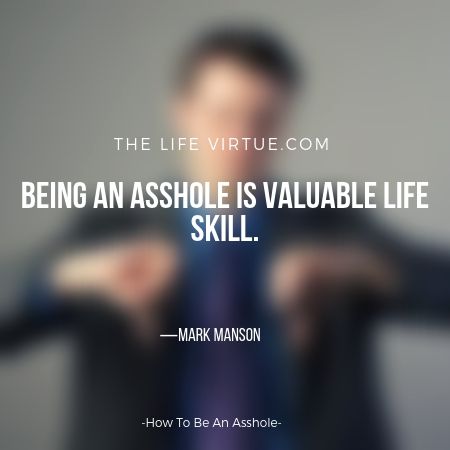 So what does being an A*shole mean?

Being an a*shole means that you are a very disagreeable person. You don’t care about other peoples’ feelings; you are outspoken, brutally, honest, and bold in your actions. Makes sense?

The big five personality traits reveal that being agreeable is the most desirable trait when it comes to human relationships. But does being agreeable and nice take you any further in life?  Does being an a*shole make you a bad person? Not really! Let’s compare them to look at a bigger picture.

Three differences set a*sholes apart and make a win-win situation for them.

An a*shole knows how not to let emotions cloud their minds. They see the outcome is more important than feelings. Unlike nice people, they don’t make decisions based on feelings. They are not scared to hurt people for more significant good. It is easier for them to go ahead because they don’t hold back. When kind people are nice by not saying “no,” even if they want to, a*sholes set their boundaries by making them loud and clear. They define things, the way they are.

They don’t waste their time, filtering out and worrying about how others will feel. Instead, they take action and do what is meant to be done. a*sholes rely more on outcomes. This is one of the reasons why comparatively, nicer people suffer a lot. They stay in bad relationships longer because they don’t want to hurt others. As a result, they get hurt themselves. a*sholes don’t negotiate. They don’t lower their standards just because they want others to feel better. a*sholes value truth over good feelings. 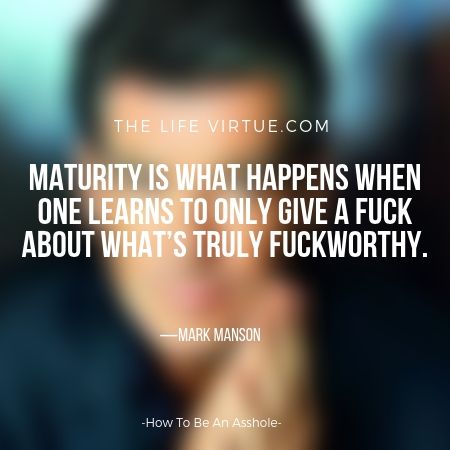 2. They are not afraid to feel bad:

Unlike nice people, a*sholes do not care about being likable. They don’t go around, toning down themselves just to be liked. a*sholes act like their true selves, even if it makes them unlike-able. They don’t make other people feel good at the expense of honesty. At times, they make other people feel bad also if it makes them feel bad too. In a relationship, they are more successful because they are more honest.

They don’t bottle up their feelings even if it means being rude or mean. This works in their favor. With time bad feelings, go away, but the truth is what remains. In the end, they are thankful to themselves, and other people are grateful to them, too, for being honest. This is why a*sholes are more stress-free than nice people. They don’t have to hide anything or fear disclosure. 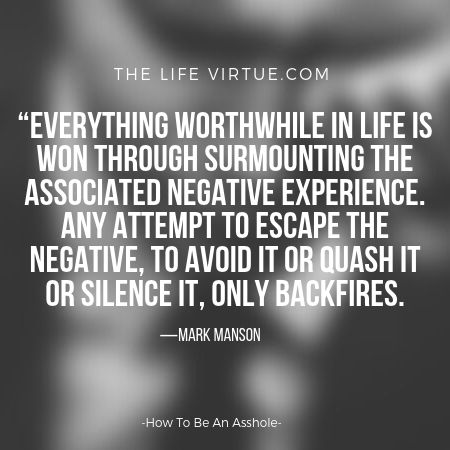 3. They have firm boundaries:

a*sholes are more successful because they don’t negotiate on their limitations. They will not become a doormat to be more agreeable. For them, opinions do not matter as much as boundaries do. a*sholes know when to give a shut-up call and when to stand up for them. They treat deal-breakers as deal-breakers.

Assholes do not degrade themselves by allowing other people to treat them like sh*t. They hit back if they are hit. Cutting-ties is no big deal if self-respect is concerned. They explore the pool rather than settling for unfulfilling sh*t.

Now, as we have compared a*sholes with nice people, it seems like being an a*shole is a life skill we all need to learn. Being an a*shole can solve our numerous problems. It can also make us life savior of non-a*shole people. Often, nice people are secretly thanking an a*shole for standing up and speaking up, which they were unable to. The question is, how to be an a*shole? 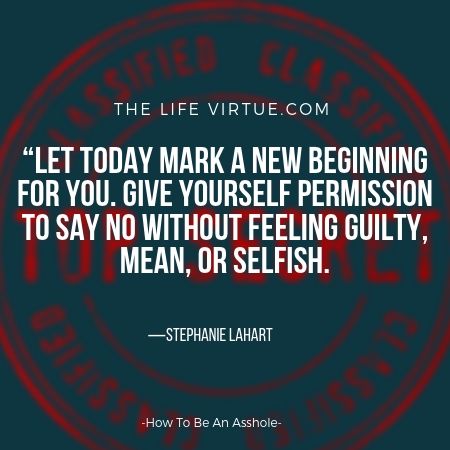 Here are some tips for you that will help you become an a*shole:

Don’t worry about the wrong impression. Saying “no,” when necessary, doesn’t make you look bad. It only strengthens your position. Speaking “no” enables you to stand for yourself. It is essential to make clear that what you want and what you do not want. It saves you from unnecessary drama.

Fearlessness gives you strength. It allows you to move forward. If you are afraid of disagreement or bad situations, you will never be able to fight for right. Fearlessness urges you to take bold steps. It will set you apart from people who never take risks. Fearlessness is a trait of brave. Be brave with your intentions. Do not tone down yourself, just to fit in.

Do not beat around the bush. Don’t be subtle about your message. Be clear about your feelings and intentions. Lack of clarity works against you. It makes you look like a manipulative coward. Be upfront. Communicate the way; you want to be perceived. Be direct in your approach.

Despite all his fears and insecurities, an alpha can push himself forward. They do not fake confidence. Alpha people can deal with it better. They might be aware of dangers, but they are a risk-taker.

2. They are in charge of their emotions:

3. Alpha people do not wear their hearts on sleeves:

Alpha people are very clear about their feelings. Their impulse does not fool them. The heat of the moment cannot lure them into acting against their standards. An alpha person will stand firm on his ground rather than falling for everything that comes along.

4. They are more about actions than sweet words:

They are a doer. An alpha person is a go-getter. He knows that words hold no value if actions are otherwise. An alpha person will not sit around and talk sweet. He knows who to win heart through actions rather than stealing it through the half-hearted sweetness.

5. They are not afraid, to tell the truth: 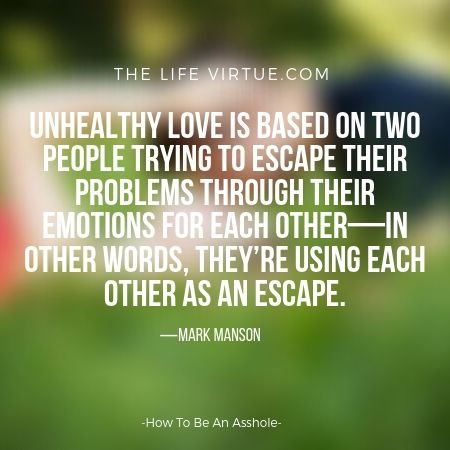 In any aspect of life, they know where they are heading. Their life is not directionless. They have ambitions. An alpha person is filled with motivation and determination. They strive for improvement. All of this is very evident through their body language and demeanor.

His career or relationships do not consume an alpha person. He maintains a balance in his life. An alpha person leads an energetic lifestyle by drawing a line between well-being and all other aspects of life. 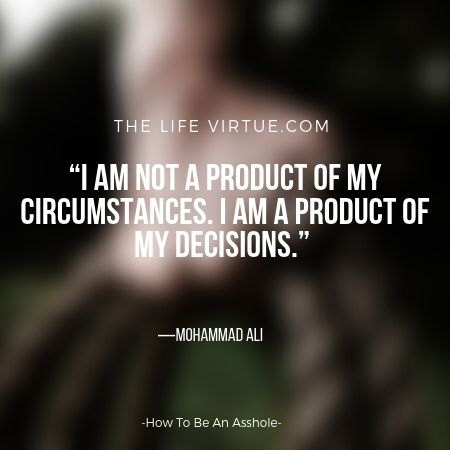 8. They know their strengths and weaknesses:

An alpha person is not blind to his weakness. He doesn’t get depressed over them. An alpha person acknowledges his shortcomings. They don’t hide from them. There is no sense of pride or denial. They move to fix it. This is what differentiates them from other personality types. They also do not engage in negative behaviors like self-loathing and gossip. 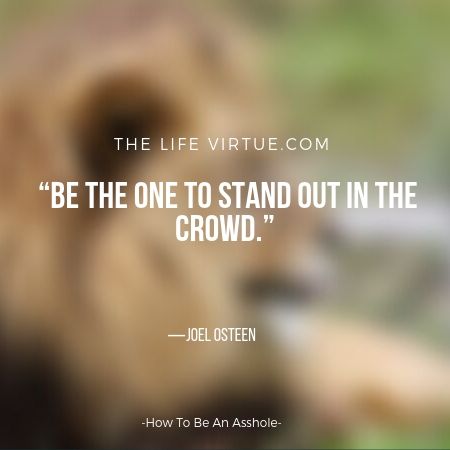 FAQs on How to Be An Asshole:

How to be an Asshole?

If you are asking this question then it’s mean you are not the one. Become an asshole means you don’t give a shit about anyone or anyone’s feelings. Do whatever you want to do & walk all over people.

People always ditch me, should I become an asshole?

If you want to be like one then it’s mean you want to avoid confrontation and cannot speak highly of yourself, express your opinion, and stand up for yourself.

I’m a nice person but why I have an urge to be an Asshole?

There might be many reasons but in my opinion, I think you have intolerance issues with others. agree with me?

Why do people think I ‘m an asshole?

Well, if people think you are an asshole, it means you are interrupting in their lives and always give brutally honest comments to them. It is important for you to know when it is mandatory to say something otherwise keep quiet.

Conclusion – Being an a*shole:

Let us know about your thoughts on our guide in the comments section below.