Today is an era of competition, we observe and face competition in every field of life.

Everyone wants to accomplish his/her goals. In such a competitive environment every company/ brand wants to recognize its product or services in a unique way, which captures more customers, increases sales, and leaves a long-lasting image of the product.  For this purpose, companies use a different kinds of advertising techniques.

Advertising is something that plays with the audience’s mind. In advertising companies used different tactics and techniques to clutch their audience. Sometimes they play below the belt. They try to fool the target audience through their strong advertising technique.

This technique is used to force or convince the audience to join their group or community.

The company offers free samples to the customer of their product. This a little costly technique but still used by several times.

Advertiser exaggerates the positive facts and figures and hides negative information. (for good understanding we will discuss in detail)

They give extra to their customers, like buy one get one free.

Here we will discuss one of the techniques, named card stacking propaganda. 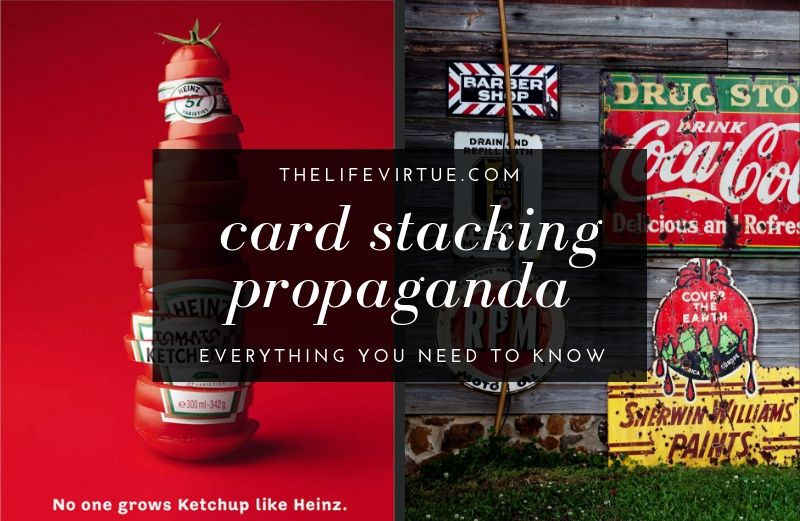 What is card stacking propaganda?

Same as its name, in cards game people, used to do gambling and for this purpose, they stack the decks in their favor, So they easily won. Now in advertising, they used a similar idea of stacking the deck. It’s now the most common technique, which is using frequently to attract focused consumers. In this technique, advertisers hold the real facts & figures and show the manipulated facts & figures about the product or service.

Most of the food advertisements are clear examples of card stacking propaganda.

Check this advertising by burger king… 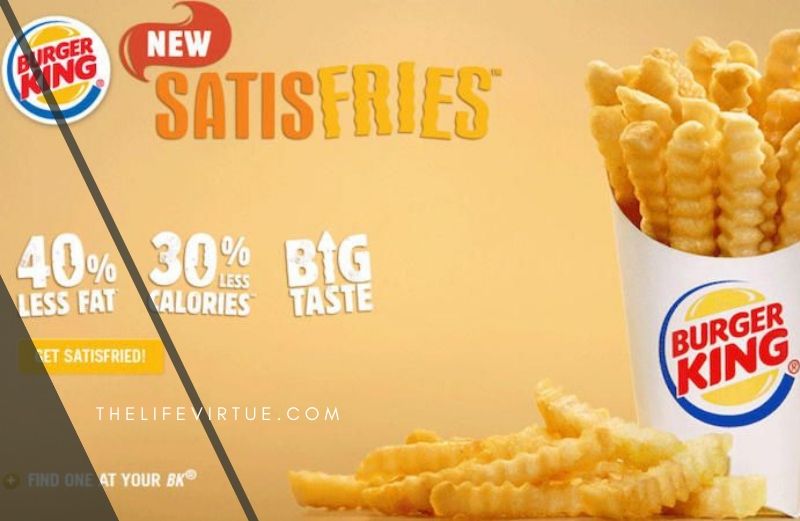 A delicious pack of fries with 40% less fat, who will not be going to buy? In this picture burger kings’ shows many fact & figures, which are, no doubt, catching the audience successfully. But we know fries never be that healthy also 40% less fat on how much?

Look into any mobile or modern notebook advertisement…

They highlight the efficient feature of the product but intentionally not mention their price.

Let’s take an example of Samsung notebook, they use the tag line “Innovation is not about thickness” then shows a stylish picture of a notebook, then explain all its efficient and reliable features. You can see all the significant features of the notebook but where is the Price? 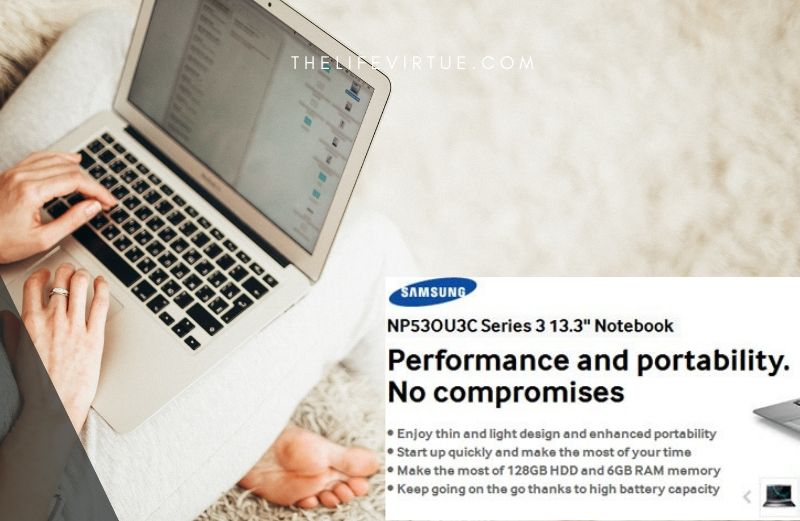 This is called card stacking, they give a positive feel.

Comprising with other technique:

Let’s compare card stacking propaganda with other techniques to get a complete understanding.

In bandwagon advertising, advertiser force the audience to join their group like Dove says: thousands of women like a dove, Do you? Or 100 out of 80 mothers prefer pampers for their kids, what are you looking for?

On the other hand, card stacking doesn’t force anyone. They just highlight with qualities of the product.

Companies offer their product to their targeted audience for free of cost. It’s a sample of their product that gives the feel of the real product. In this way, the customer feels special and become loyal to the product.

Instead of this, card stacking gives the feel by the visual presentation and they make their product looks so fascinating that customers are willing to buy it.

When a celebrity owns a product to attract the customers, the appearance of any famous person in an advertisement creates trust among the people. Such an advertisement is effective but costlier than card stacking.

Celebs are highly-priced persons also not available at all the time.

A very common practice by the promoter that they offer 1 extra item with their product. We mostly seen the ads like buy 1 get 1 free or 1 buy get 2 free, they all are examples of bribery technique. But this doesn’t work that good, most people thought it must contain a low-quality item or more money.

As an alternative, card stacking puts a huge impact on one’s mind.

Ethical ads that are true with facts & figures and a set of well-defined opinions about any product. The ads or advertisement that does not lie and doesn’t build a fake image of the product. Hence some advertising falls in both categories.

Here we are going to view both points of card stacking propaganda: 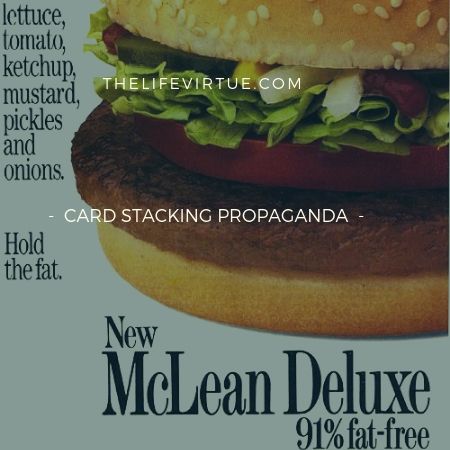 There are numerous benefits to use this technique and increase your sales in a good manner. We will discuss some of these:

Card stacking is basically a propaganda technique that aims to sway the viewer's perception of an issue by highlighting one side and suppressing other side. Such particular focus can be achieved through media bias or the use up of single-sided testimonials, or just by repressing the opinions of critics.

What Is An Example Of Card Stacking Propaganda?

CARD STACKING. The advertisement for Pizza Hut is an example of card stacking propaganda. Card stacking is basically a propaganda method where deceptive or untested statistics are being used to persuade the audience to consider a fact. This ad points out that the pizza gives “50% more” with “free 50% more cheese” and “free 50% more meat”.

What Are The Different Types Of Propaganda?

Bandwagon, Emotional words, Transfer, Testimonial, and Repetition are the types of propaganda techniques that are used by advertisers to convince the target audience.

What's An Example Of Card Stacking?

Card-Stacking means loading the cards in support of the product; the advertiser pressure is positive characteristics and ignores negative qualities of the product. For instance, if a brand of fast food is filled with sugar (and calories), the advertisement may claim that the product will be low-fat, which means that it is also low-calorie.